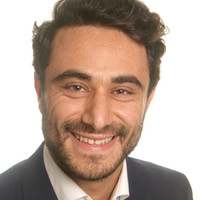 Dissertation project by Erkan Tümkaya under the supervision of Jun.-Prof. Dr. Béatrice Hendrich

This dissertation project examines new formation of identity of the young Nusayri immigrants in Germany. Nusayris, also known as Alawites, are a clandestine and syncretistic Muslim minority which makes up 12 percent of the population of Syria and has a considerable number of adherents in Turkey. Nusayris immigrated among other immigrants to Germany following bilateral labour agreements between Turkey and Germany. However, their number will be constantly increasing in Germany because of forced migration caused by the civil war in Syria since 2011. Nusayrism has mythological religious elements and strong ties with Shi’ism. As a result of concealment of their religious faith, studies on the sect are quite rare. This paper argues that the young Nusayris, grown up and socialized in Germany, experience multiple affiliations and identifications with more than one specific culture. Unexplored hitherto remains in which ways this phenomenon occurs. This dissertation will explore the way the young Nusayris perceive, construct, experience and adopt multiple identities. More specifically, it will be focused on how they combine, exchange, and fuse the cultural, social, and political components through the interaction of their German and Nusayri identities and belongings in Germany and so develop new types of behaviors and cultural attitudes, and finally how these affect their integration and religion.